The Dendritic Cell Research group is headed by Professor Derek Hart who leads a dedicated and accomplished team of Scientists, PhD and Honours Students and Administration staff. 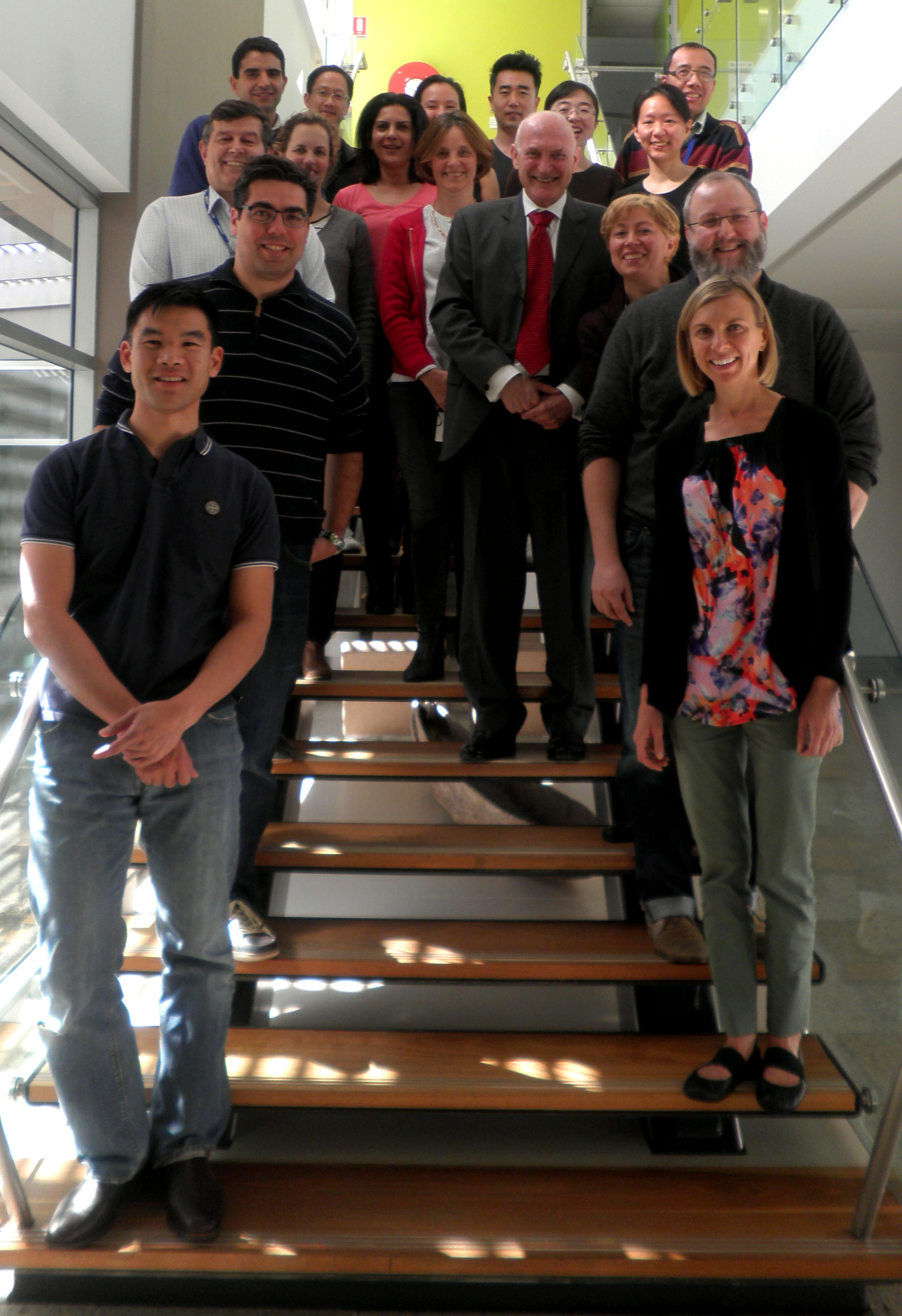 Please click below to learn more about our people, their experiences and specialties: 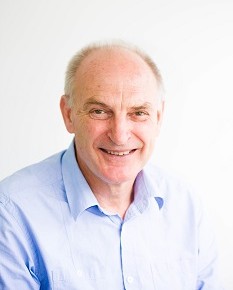 Professor Hart has made major scientific and clinical contributions, particularly in relation to his special interest in dendritic cells (DC), immunotherapy and BMT. He is a Rhodes Scholar and RCPA Distinguished Fellow. Prof Hart directed the Christchurch Clinical Haematology Unit and BMT Unit and left it with a significant research reputation, including UK MRC trial participation. He completed 11 years as the inaugural Mater Medical Research Institute Director in Brisbane and created a strong translational program including clinical cell therapy trials. His team’s anti-CD83 immunosuppressive technology is being developed by the CRC- Biomarker Translation, which he co-founded. His leadership helped create the new Queensland Translational Institute.

Professor Hart has published 260 peer reviewed articles with over 8032 citations. He is a member of the NHMRC Academy, co-chairs the International Society for Cell Therapy DC Committee and his Group is on the WHO/CD Committee. He chairs the Ramaciotti Foundation SAB and Institute of Glycomics Advisory Board and serves on the ABMDR Ethics Committee. Furthermore he has recently been selected as recipient of the 2012 John & Eileen Haddon Grant for Geriatric Research. Professor Hart has been invited to speak at many national and international conferences and continues to host the popular “DC Down Under” annual DC scientific symposium. 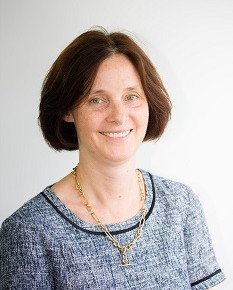 At the ANZAC Research Institute, she continues her interest in translational research and leucocyte surface molecules by developing antibody mediated therapies to treat haematological malignancies. 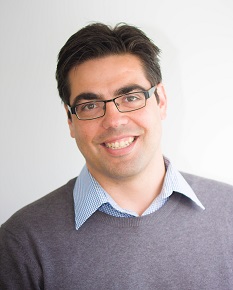 Dr Silveira was awarded his PhD from the University of Sydney in 2000 for research analysing the genetic mechanisms conferring susceptibility to autoimmune gastritis and systemic lupus erythematosus. He subsequently joined the laboratory of Prof. David Serreze at The Jackson Laboratory (Maine, USA) as a Juvenile Diabetes Research Foundation (JDRF) postdoctoral fellow, where he began research on the role of B lymphocytes in Type 1 Diabetes.

He joined the DCR Group at the ANZAC Research Institute in 2012, where he has turned his research focus to novel molecules on dendritic cells that can be used as therapeutic targets to control inflammation associated with haematopoietic stem cell transplantation or autoimmune disease. 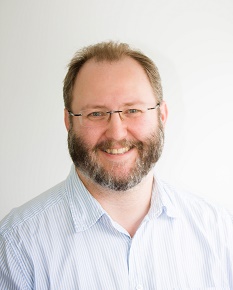 Dr Phillip Fromm completed a PhD in cellular immunology elucidating the role of tumor necrosis factor and its receptors in the development of dendritic cells and monocytes during inflammation. Since joining the Dendritic Cell Research group at the ANZAC Research Institute in 2011 he has become progressively more involved in the identification and characterisation of human blood dendritic cells.

Dr Fromm also has a strong focus on translational approaches to human dendritic cell biology, with a particular emphasis on developing active immune therapies for the treatment of haematological and solid organ malignancies such as acute myeloid leukaemia, multiple myeloma and prostate cancer. Dr Fromm’s translational interests have also supported a recent description of trogocytosis as a novel means of immune evasion in multiple myeloma. His work on DC characterisation resulted in the identification of a novel CD56+ in vitro derived DC with capable of direct cytotoxic activity, and the identification of a novel human glucocorticoid resistant plasmacytoid DC that resulted from observations in patients with multiple myeloma. 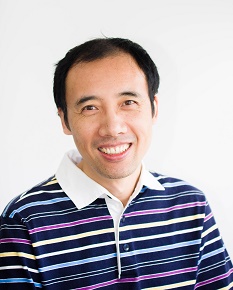 Dr Xinsheng Ju studied medicine for six years and received another three year medical science training in China, then he moved back to clinic as a haematologist. Since 1997, he continued his studies in University Hospital of Geneva (Geneva, Switzerland), Max Delbruck Centre for Molecular Medicine (Berlin, Germany) and University Hospital of RWTH (Aachen, Germany). 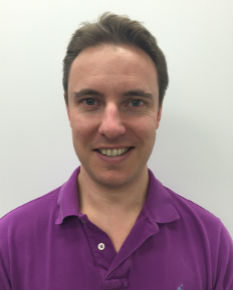 Christian Bryant underwent medical training at the University of New South Wales. Following training in the speciality of Haematology at Royal Prince Alfred Hospital he commenced a PhD through the Dendritic Cell Research group and RPA Institute of Haematology Research Unit.

He has particular interests in Multiple Myeloma, tumour immunology, plasmacytoid dendritic cell biology and the translation of dendritic cell immunotherapy into clinical practice.

Dr Holly Bolton was awarded her PhD from the University of Sydney in 2013 for her work examining the role of regulatory T cells in the regulation of dendritic cell co-stimulatory molecules. Following the completion of her PhD she continued this research with a focus on harnessing the protective effect of regulatory T cells in a preclinical model of allogeneic bone marrow transplantation.

She joined the Dendritic Cell Research group in 2016 where her research focus has been on the CD300 family of molecules and plasmacytoid dendritic cell biology.

Fiona Kupresanin completed a Bachelor of Biomedical Science at The University of Melbourne in 2003, and more recently a Master of Dietetics degree at Deakin University. She gained several years of Research Assistant experience at The Walter and Eliza Hall Institute before joining the Dendritic Cell Research group in 2012.

Fiona has recently taken on a Laboratory Management role for the group and continues to assist technically in the areas of flow cytometry, cell culture, confocal microscopy, molecular biology and animal handling.

Dr Nancy Martin La Rotta was awarded her PhD from the University of Sydney in 2016 for her research, Comparative analysis of chromosome 8 copy number in paediatric solid tumours at Kids Research Institute. After finishing her degree she worked as postdoctoral researcher at the cancer cell immortality group at the Lowy cancer research centre UNSW, there she found her passion for research management, after 15 years of experience working in pathology, cancer research and forensic science. She joins the Dendritic Cell Research group as Research Manager. 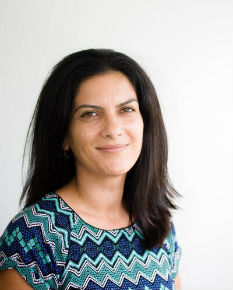 Donna has an administrative background working for non for profit organisations and government, taking on roles as Course Secretary, Professional Development Officer and Membership Officer. 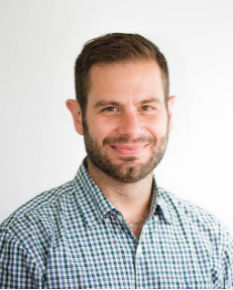 Michael Papadimitrious completed his Bachelor of Science (honours) researching efflux mediated multi drug resistance of the nosocomial pathogen, Acinetobacter baumannii. Directly after his honours research, he went on to work for SA Pathology in the Human Immunology directorate where he worked in the autoimmunity, cellular immunology and allergy diagnostic laboratories.

After several years of diagnosing disease, he went on to further his research skills where he was employed by the CRC-Biomarker Translation with Professor Heddy Zola at the Women’s and Children’s Health Research Institute. It is from his experience as a research assistant that his interest in medical research developed. He then sought a PhD in translational science and commenced his PhD under the supervision of Professor Derek Hart in 2013.

His PhD research examines the development of an anti-tumour immune response by electroporating blood dendritic cells with tumour antigen mRNA. This methodology is currently being optimised with FMP mRNA and the AML antigen, WT1. 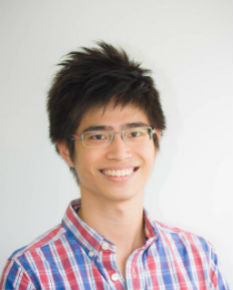 Kevin Lo is an international student from Hong Kong. He completed the Bachelor of Medical Science (Honours) degree at the University of Sydney in 2013 with the Dendritic Cell Research group.

During honours year, Kevin focused his studies on a dendritic cell surface molecule termed CD302 under the supervision of Dr. Pablo Silveira and was awarded first class honours for his thesis.

In the following year, Kevin has commenced into his PhD with the Group to further study the biology of CD302 and its potential to be a therapeutic target. 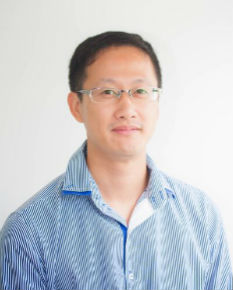 Blake undertook his undergraduate medical training at the University of Otago in New Zealand before moving to Sydney in 2009 to commence his physicians training at Royal Prince Alfred Hospital.

Following 3 years of specialist haematology training at Royal Prince Alfred and Concord Hospitals, he is commencing a PhD programme in his final year of specialist training with the Dendritic Cell Research group. The focus of his PhD will be on a novel treatment/prevention of graft versus host disease (GVHD) following allogeneic stem cell transplant in a mouse model. 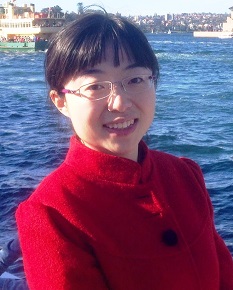 Ziduo practiced as a registered oncology physician in Beijing with a Bachelor of Medicine and Bachelor of Biology degree.

Following relocating to Sydney in 2015, she commenced a PhD program focusing her study on evaluation of anti-CD83 monoclonal antibodies for the diagnosis and treatment of lymphomas through the Dendritic Cell Research group, under the supervision of Dr. Xinsheng Ju and Professor Hart. 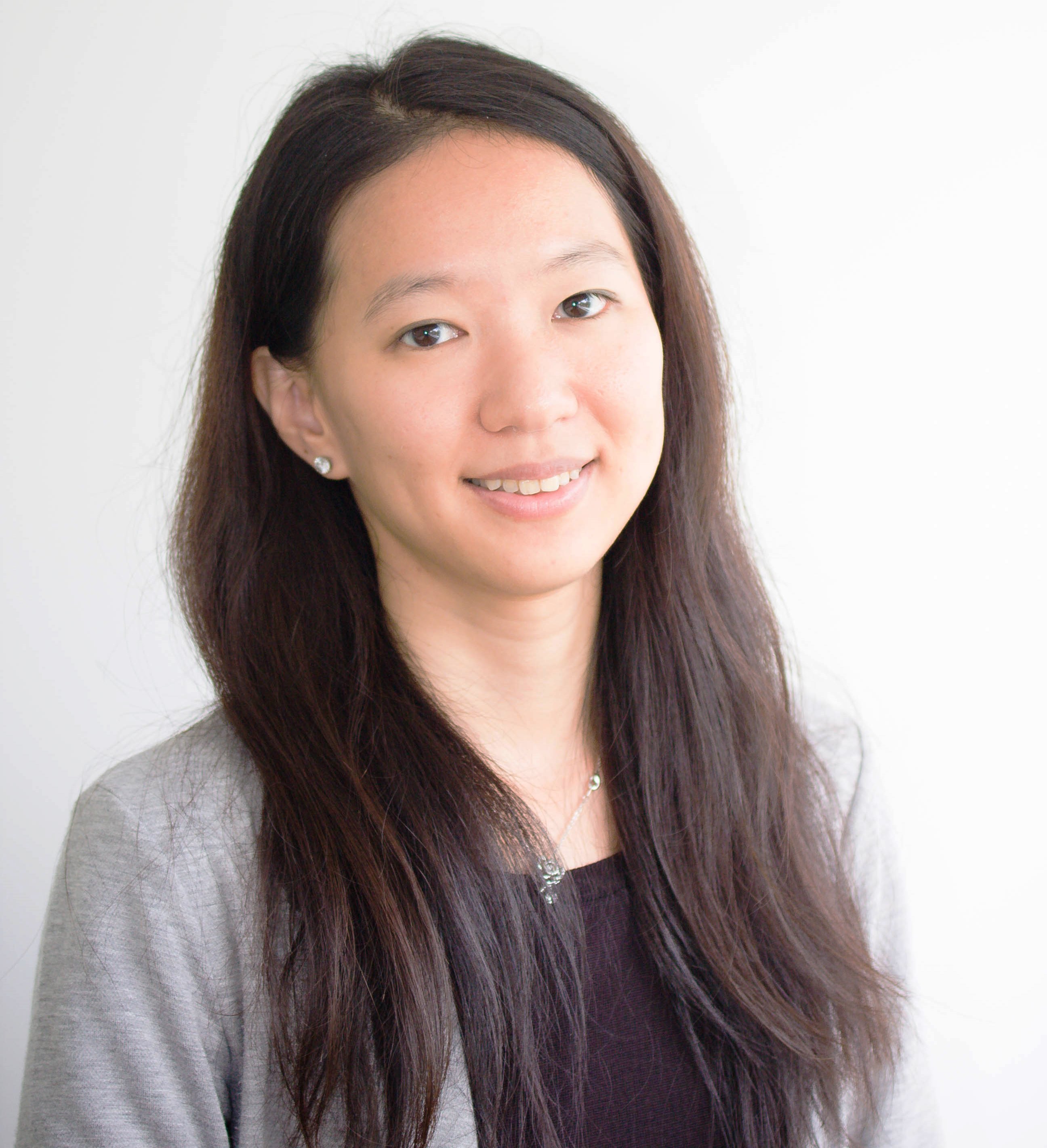 Kate completed the Bachelor of Medical Science (1st class Honours) at the University of Sydney in 2015. Kate was awarded the Sydney Medical School Summer Research Scholarships in 2014 and worked in the group of Centre of Transplant and Renal Research at Westmead Millennium Institute focusing on modification and validation of the Westmead existing panels as well as the application on fresh or frozen patient samples under the supervision of Dr Min Hu.

During her honour year with Dendritic Cell Research Group, she focused on characterization of a novel human CD83 knock-in mouse model to examine a potential immunosuppressive therapeutic antibody 3C12C targeting human CD83 on immune cells under the supervision of Dr Pablo Silveira. Her works was recognized and awarded the Concord Early Career Research Award in 2015.

In the following year, Kate is awarded Australian Postgraduate Awards and continue her PhD candidature with the group. Her current research interest is focused on characterization of the immune function of the CD300e immune regulatory molecule by using a CD300e knock-out mice model under the supervision of Associate Professor Georgina Clark. 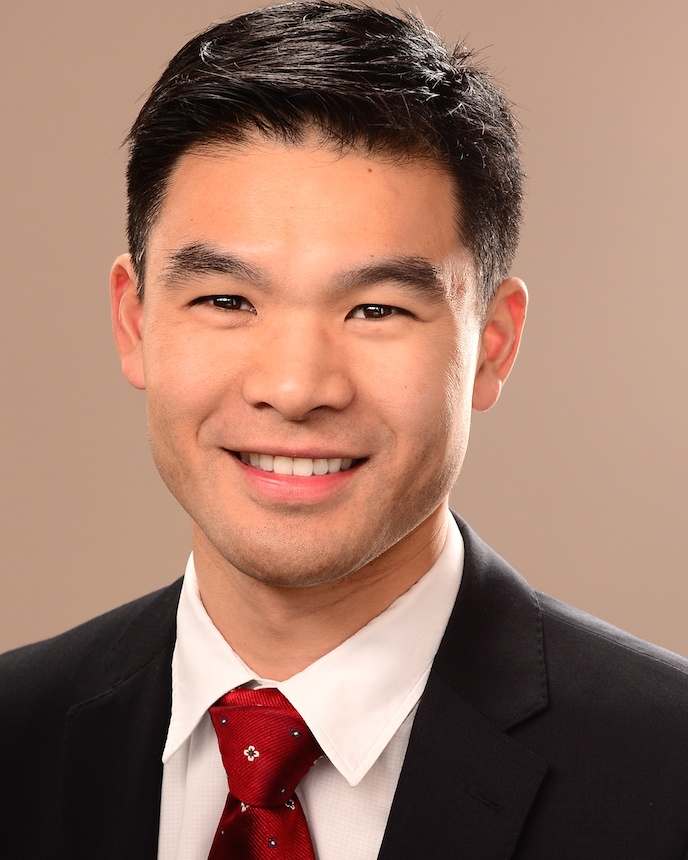 Ben Kong studied Medicine at the University of Sydney, completing his general medical training at Concord Hospital and specialist training in medical oncology at Westmead Hospital, where he gained experience in clinical trials of immunotherapy for melanoma, lung and genitourinary cancers.

He has an interest in immunotherapy and drug development and is currently completing a PhD with the Dendritic Cell Research group, investigating dendritic cell vaccines for use as an adjunct during treatment for the brain cancer (glioblastoma multiforme).

Prior to training as a medical oncologist, Ben obtained a Bachelor of Science with Honours in physical chemistry from the University of Sydney, a Diploma of Financial Markets from the Financial Services Institute of Australia a Graduate Certificate in Pharmaceutical Medicine from the University of New South Wales and has worked as a pharmaceutical industry analyst in the United Kingdom. 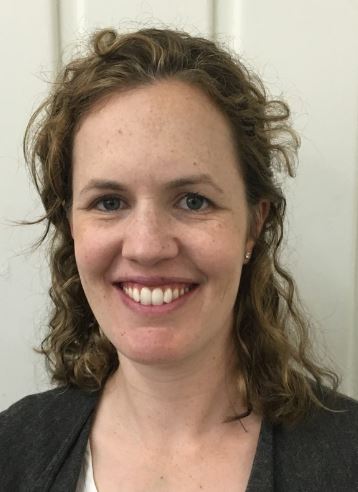 Dr Sarah Sutherland is in her final year of specialist training in medical oncology at Concord Hospital and is using this year to commence her PHD investigating the use of dendritic cell vaccine strategies in prostate cancer.

Sarah completed her medical training at the University of Sydney followed by physicians training at Royal Prince Alfred Hospital (RPAH) and two years of specialist training in Medical Oncology at the Chris O’brien Lifehouse, RPAH and Concord Hospital. Sarah has a special interest in immunotherapy and the biology behind cancer development. She completed an honours project looking at the role PTEN and mTOR in the development of prostate cancer at the Garvan Institute of Medical Research during her medical degree and prior to this completed a Bachelor of Science (Adv) with a major in biochemistry at the University of Sydney. 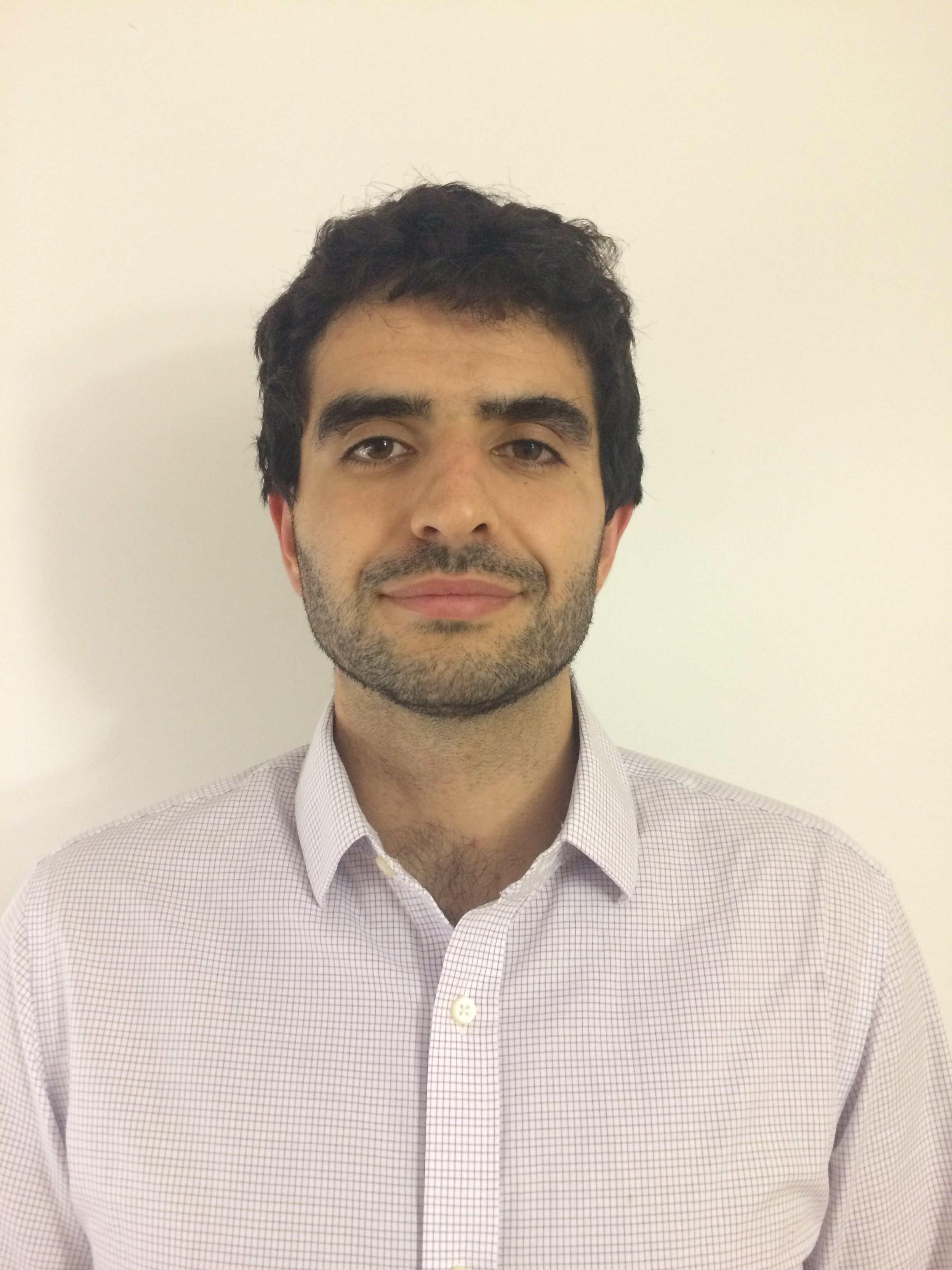 Edward Abadir completed medical training at the University of Sydney. He has since undertaken training in clinical and laboratory haematology at Royal Prince Alfred and Concord Hospitals. Edward has started his PhD through the Dendritic Cell Research Group.

He has interests in malignant haematology and translational medicine. The focus of his PhD will be development and the application of novel monoclonal antibody therapies for the treatment of acute myeloid leukaemia.